the spinning mill women workers groups were formed in the villages. About 20 women groups were formed from the 20 spinning mills around Sangagiri, Magudanchavadi, Ayothyapattanam, and Valapadi taluks in Salem district. about 2000 women workers were organised in these groups. frm these groups 120 selected leaders were capacitated throuhvarious trainings and handholding supports. they become the peer trainer of the coworkers. the group meetings are conducted every month. the proceedings are recorded. the workers demands are submitted to the concern department officers to rectify the needs of these workers. 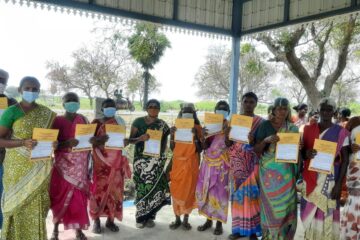 Despite the enactment of the Bonded Labour System (Abolition) Act 1976, the menace of bonded labour still highly exists in India. The socio economic status of the majority population in Salem district is highly vulnerable for the bonded labour system. The poverty and deep rooted discrimination keep them away from Read more… 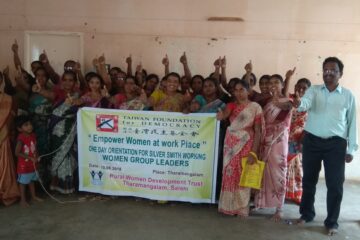 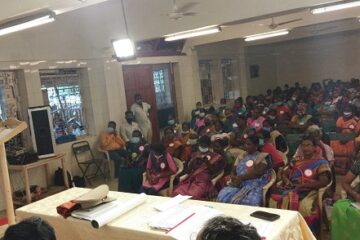 the spinning and garment women worker were organised as district level federation with 2000 women worker. the continuously demanding their needs to the employer. During the covid season all women workers lost their daily income and struggled for thei survival needs. they were supported relief as dry ration from various Read more…