Despite laws and Supreme Court orders, sanitary workers continue to enter sewers and septic tanks; many have lost their lives in the past two decades while cleaning human waste. Among states, Tamil Nadu has earned the dubious distinction of having the highest number of deaths of manual scavengers, as per data. It witnessed again on 22 April 2022, three conservancy workers have died due to asphyxiation while cleaning a sewage tank in Nehru Nagar, Madurai in Tamil Nadu. The reasons behind on these are irresponsibility and carelessness of the respective officials.

In Salem district, all the sanitary work and manual scavenging are done by the particular community called Arunthathiyar. This low dignified work makes them as untouchable and exclude from the main stream community. The poverty and lack of income generating resources force them to this menial work for a meager wages. The wages are range from Rs. 100  to Rs. 150 per day or monthly Rs. 3000. The lack of awareness and insufficient support from government make more vulnerable for these kinds of incidents.

To give awareness to this worker, one day awareness program was organized in RWDT office, Tharamangalam. More than 60 scavenging workers participated in this program. In this program, Fr. Philomin Raj, From Madurai Legal awareness Center gave awareness speech and also explained the security schemes and relief for the workers. Also he explained the rehabilitation facilities for the victims of manual scavengers. In the beginning, Mrs. V.Alamelu, Director of Rural women development trust, gave welcome address to all. At the end of the program all the participants were supported dry ration kits.

The director of Rural Women Development Trust, Ms.Alamelu Bannan, is a Dalit Arunthathiyar. Dalit Arunthathiyar is one of the most vulnerable communities in Tamilnadu. Most of them are illiterate and landless. They are working as bonded labourer for their livelihoods and basic needs. Alamelu is one of the girl completed her graduation from this Arunthathiyar community. She is well known for their right based works in the Salem district. She rescued many bonded labourers from brick kiln, stone quarries and Agricultural farms and rehabilitated with livelihood income generation activities. She has interests in women development, women rights and political empowerment Dalit Arunthathiyar women. She work against Child labour and bonded labourer and prevented many female child marriages and female infanticides. Ms. Alamelu Bannan has done her UG in Commerce and Diploma in Cooperative Training. Since she hails from Arunthathiyar community, she knew the problems of her own community & established RWDT & works though this organization among Dalits, Arunthathiyar communities in Salem district.

Good post. I learn something new and challenging on sites I stumbleupon everyday. Its always interesting to read articles from other authors and practice something from other sites. 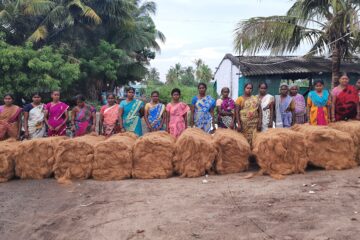 In Salem district, the impacts of COVID-19 are very high among the vulnerable communities. Particularly, the lives of underserved communities are drastically affected for the last two years. They lost their survival basic income and Read more… 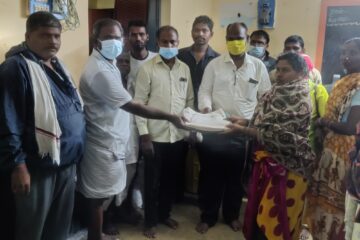 In the Salem district of Tamilnadu, the livelihood of under privileged Arunthathiyar daily worker are highly affected by the continuous heavy rainfall and floods in last three weeks. In our working villages of Tharamangalam and Read more…